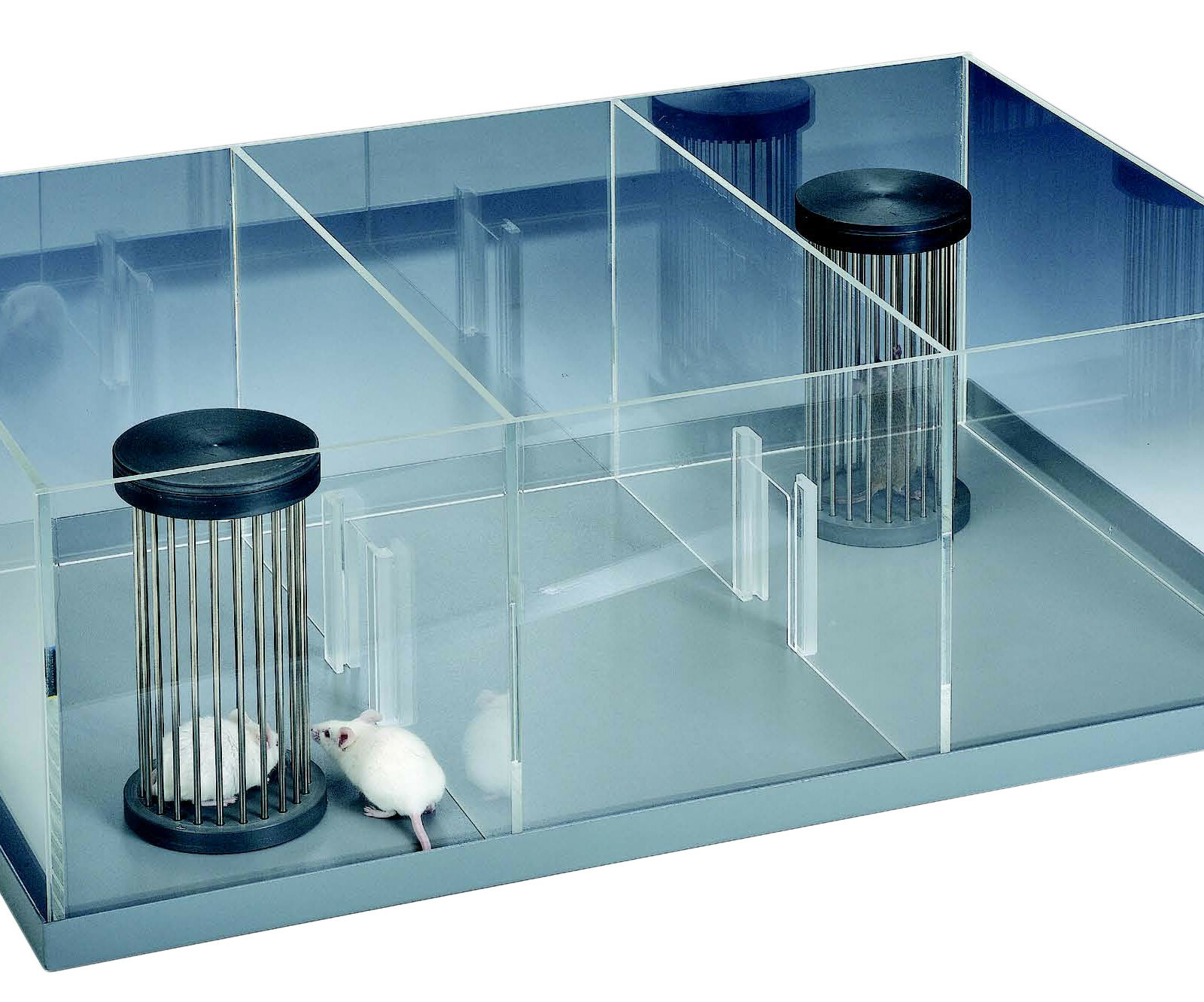 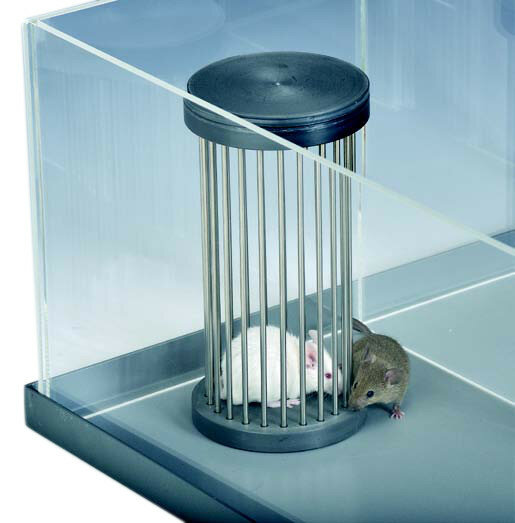 For the assessment of Autistic-like behaviors

The Sociability Apparatus (3-chambered social test) is a valuable tool to study social behaviour in mice. It is especially useful for research on autism, parental behavior, sociability and social memory (social novelty).

Ideal for the investigation of autism-related behaviors

Ugo Basile's Sociability Apparatus (3-Chambered Social Test) is most often used to assess Autistic-like behaviors. Shortly after a period of habituation a mouse’s sociability is determined by evaluating the amount of time the test mouse spends approaching a wire cage containing an unfamiliar ‘stranger’ mouse.

In the second phase of testing a second unfamiliar mouse is introduced into the Sociability Apparatus. The preference for social novelty is then determined by measuring the amount of time the test mouse spends approaching the chamber containing a new, unfamiliar ‘stranger’ mouse (also restricted to a small wire cage), as compared to time spent in the chamber containing the now-familiar mouse. Resistance to change is measured by two “reversal learning” tasks.

Testing in the Sociability Apparatus can be completely automated by the ANY-maze software system.