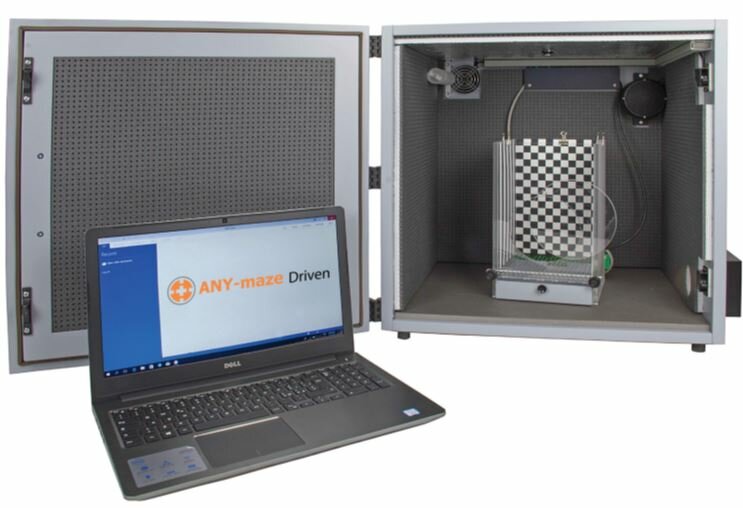 The system uses the two most common fear conditioning paradigms:

The detection of Freezing is automated and based on video analysis, by using the Any-Maze software (specific version for Fear Conditioning), which also controls the shocker and the sound generator.

The system includes the following: