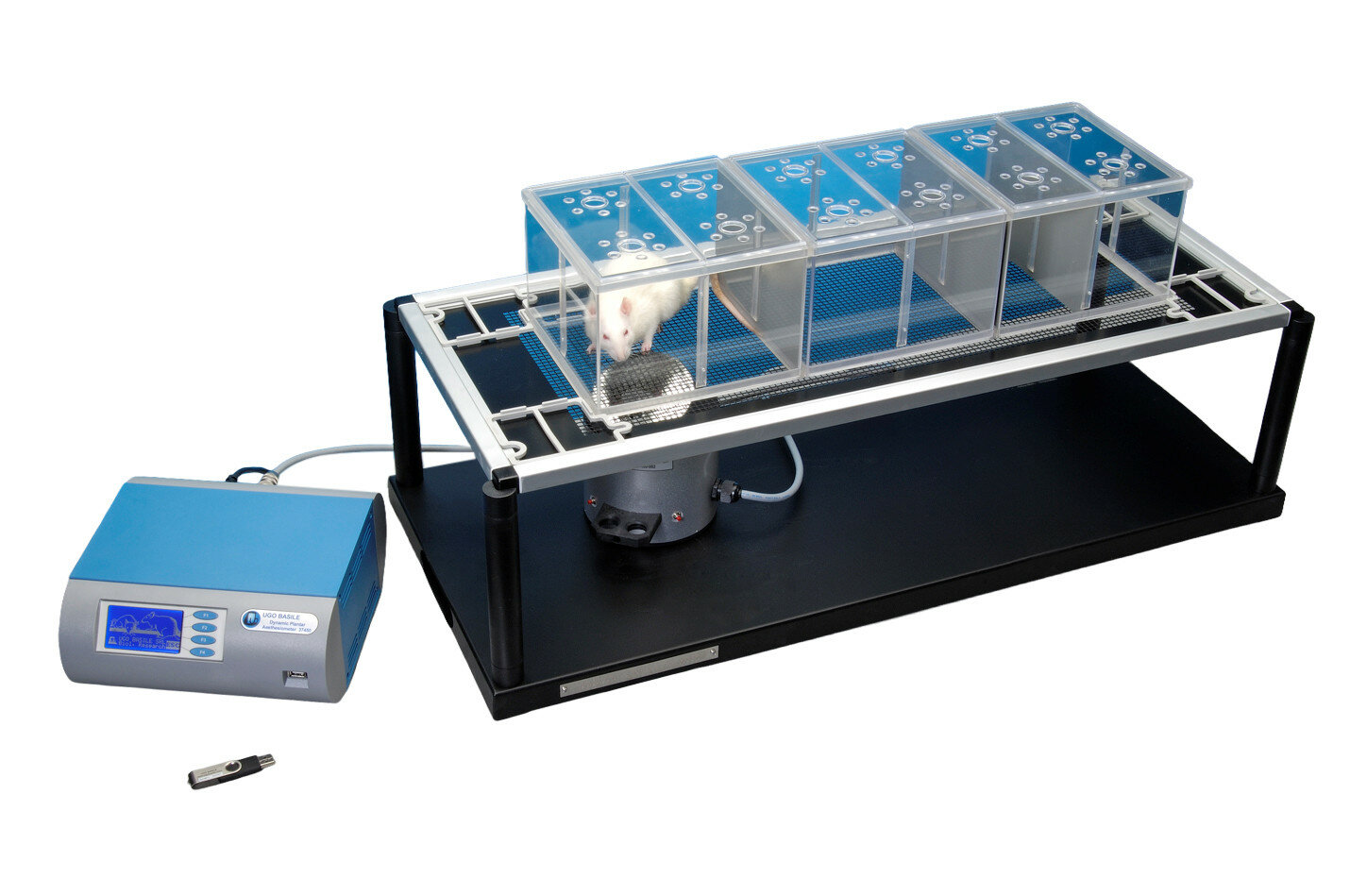 Latency and Force at the time of the paw withdrawal reflex are automatically detected and recorded.

The Ugo Basile Dynamic Plantar Aesthesiometer has been designed to automate the assessment of “touch sensitivity” on the plantar surface of rats or mice and comes ready to work with both Mice and Rats. It is known by some as the Electronic Von Frey or Plantar Von Frey instrument, but it differs from Von Frey devices as Latency and Actual Force at the time of paw withdrawal reflex are automatically detected and recorded.

For assessment of animal sensitivity to light touch of the paw

The Dynamic Plantar Aesthesiometer has been designed to assess “touch sensitivity” on the plantar surface of the rodents.

Somesthetic (mechanical) stimulation has a long history of effective clinical use to diagnose pathologies of hyper- or hypo-aesthesia, brought about by drugs, neural pathology or experimental lesions, etc., in model and experimental systems using laboratory animals.

The animal moves about freely in one of the enclosure compartments, positioned on testing surface.

After cessation of exploratory behaviour, the operator places the touch-stimulator below the target area of the animal paw, using the adjustable angled-mirror to position the filament.

Pressing START key provided at both sides of the handle of the touch-stimulator, invokes the following automatic sequence:

The actuator filament (0.5mm diameter) produces force over the entire range of all typical aesthesiometer test devices. Paw withdrawal reflex is automatically recorded using two metrics: the latency until withdrawal, in seconds, and the force at which paw was withdrawn, in grams.

This is a microprocessor controlled unit. The experimental data, stored in its internal memory can be directly exported to the PC USB or serial ports.

Communication is managed by the dedicated CUB Data Acquisition Software Package, included as standard. The CUB Windows®-based Software Package enables the user to route the experimental data to the PC and store them into individual files, to be managed by most statistical analysis packages available on the market.

This model is provided with a memory key, to record all the experimental data of one or more sessions.