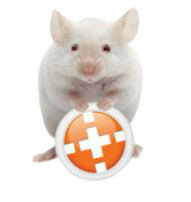 Test ANY-maze for yourself

As a scientist you want to be running tests, not spending time learning software and with ANY-maze you’ll be up and running in no time.

Despite its ease of use, ANY-maze is no lightweight with features like moveable zones, three-point tracking, and freezing detection.

Unlike other video tracking systems, ANY-maze has no modules or add-ons, for just a single price you get everything you could need.

To learn about some of the new features in ANY-maze; see Tech Specs or www.anymaze.com

ANY-maze has always been praised for it's simple and intuitive user interface but we've taken this to a whole new level.

Modelled on the familiar interface used in Microsoft Office, the style makes ANY-maze instantly familiar - and the ribbon bar makes it quicker and easier to find features.

The software has been modernised in other ways too: all graphics have been redesigned; the layout is sharper, cleaner and more dynamic; the program works flawlessly on modern high-resolution monitors and the system is touch-enabled.

When working with multiple apparatus, you can now adjust how the apparatus images are displayed on the screen.
As well as the traditional 'tiled' view, you can now arrange apparatus into user-specified rows or columns; you can also use thumbnails to select which apparatus to view, and you scale the apparatus videos so they exactly fit the space available.
Another much requested improvement is the ability to start (or end) the tests in all apparatus at the same time.

It’s now easier than ever to setup the animals you’ll be using in an Experiment. As well as placing animals into 'Treatment groups', you can now easily view a list of animals and simply add animals to that - you don’t even need to use treatment groups if you don’t want to.

Procedures have replaced Events and Actions.

Procedures provide a simple and intuitive method to control what's happening in a test. This could be as simple as ending the test when the animal enters the island zone in a water-maze, or it could be a complex operant protocol involving many variables.

The compression of tracking data has been improved and large experiment files are now typically 50% smaller than those in previous versions.
What’s more, analysis is faster and there’s now a mechanism to fine tune analysis to only include the results you’re interested in - this can provide dramatic reductions in the time taken to analyse large data sets.

ANY-maze already supports a wide range of input/output devices, such as switches, photo-beams, shockers, and speakers.
We’ve included support for analogue inputs, analogue outputs, and syringe pumps. An analogue input, for example, might be used to record the data from a blood pressure or heart rate monitor during a test; while a syringe pump controlled through a Procedure could be used in a self-administration experiment.

You can now contact technical support from within ANY-maze itself without needing an email program installed on your computer. You can also send us files (of any size) directly from within ANY-maze.
Furthermore, we’ve restructured, reviewed, and updated all 2000-plus pages of the ANY-maze help.